Nightwatch invites you to King Of The Court Rotterdam

Eredivisie Beach is the top league of beach volleyball in the Netherlands. In a spectacular series of 10 playing rounds, the best men and women in Dutch beach volleyball challenge each other for the titles. On August 6 and 7, the tour has a break in the tournament but doesn’t stop. In the contrary: Rotterdam is one of the three cities with a special King Of The Court Challenge. Imagine special rules, a truly magnetic mix of dynamic rallies and vibrating beats of DJs enjoyed by happy spectators at the River Maas.

Please join us for the action! While you are there, grab a refreshing Nightwatch at our bar and run the chance to win VIP-tickets to the finals or other great prizes. Most of all: be sure not to miss out on this unique sports event!

In the past years, Eredivisie Beach has been visited very well by both spectators and curious ‘passers-by’. Around the venue, that will sell out pretty quickly, plenty of terraces have been set up to participate in the buzz. Eredivisie Beach is a true interaction between beach volleyball players, the public and dynamic organizers. Nightwatch, the Plant Based Energy Drink for Focus & Power, loves it when so much energy flows together. This match makes a perfect team up:

Nightwatch: main sponsor of Eredivisie Beach and King Of The Court!

Top level beach volleyball is an explosive sport that asks a lot of the players. They surely can use a refreshing and natural energy drink that gives long-lasting energy. That is why Nightwatch 100% Plant Based Energy Drink is the main sponsor of Eredivisie Beach 2022! Which means extra power for the athletes, the professional organization that pulls out all the stops and of course the lively crowd.

King of The Court: the beach volleyball special!

King Of The Court is played with a total of five teams. Two teams are in the field, the others are waiting their turn outside the court. There is a so called ‘King-side’ of the court and a ‘Challengers-side’. One can only score points on the King-side. If the team on the Challengers-side wins the rally, they move to the King-side. The other team will leave the court and will have to wait their turn to serve again on the Challengers-side. If the team on the Kingside wins the rally, they will stay on the King-side and get 1 point. The game is played on time, till the buzzer buzzes; nerve thrilling action is guaranteed!

We look forward to enjoying the action together. Tickets are on sale now, right here. Be quick, as in the past years they were sold out pretty fast!

Follow Nightwatch socials and win two VIP tickets to one of our stunning events!

Nightwatch is your gateway when it comes to serious sports and festivals. Follow the Nightwatch socials Insta and Facebook and win two VIP tickets to one of our stunning events! 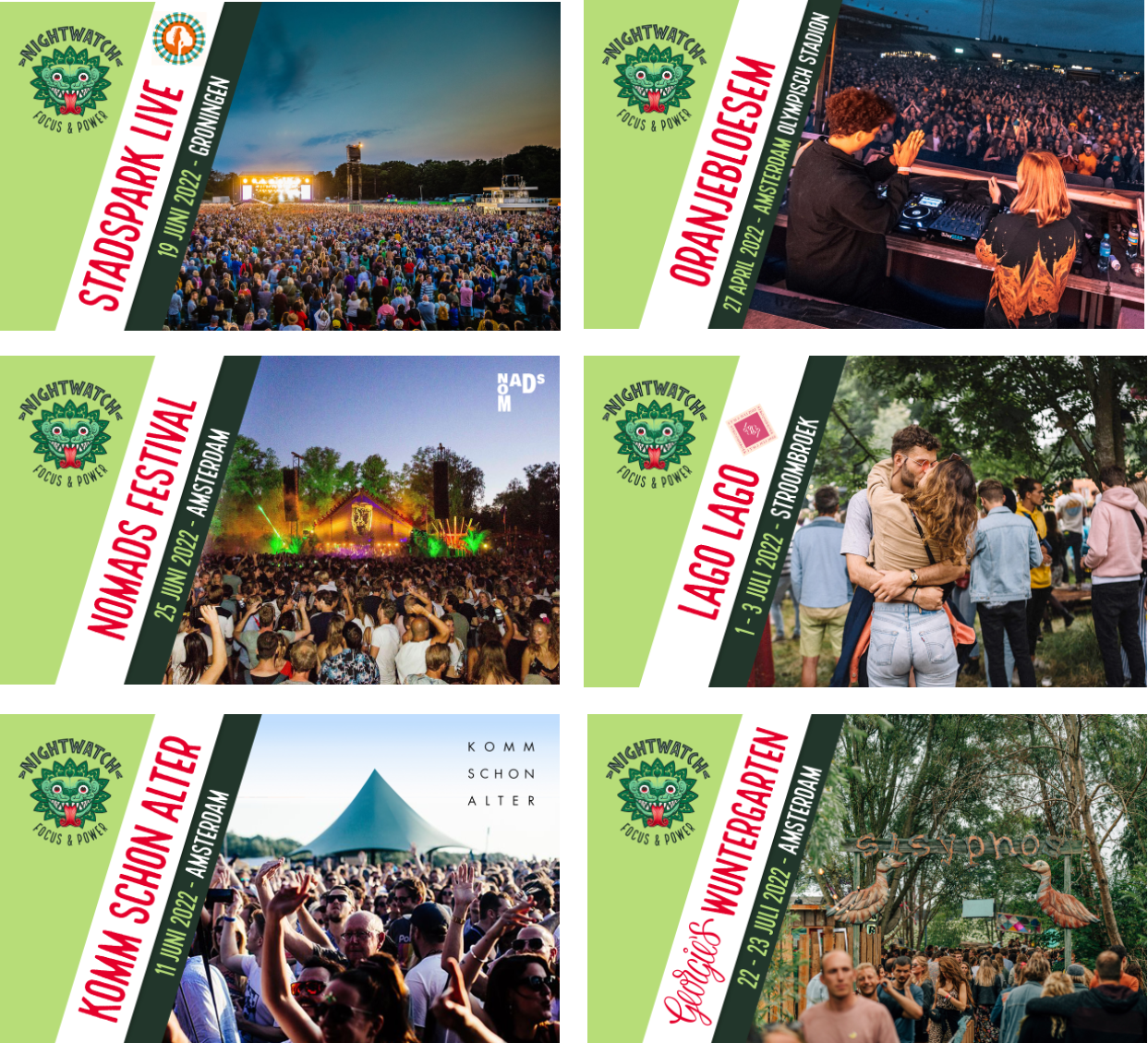 Thank you for registering to our event.